Here we have a vegan spin on the traditional German Christmas dinner. This dish has an amazingly delicious spectrum of flavours which all perfectly complement each other. The breathtaking aroma will instantly engage all your guests and have them asking for more in minutes!

What vegans make for Christmas…

Always a stressful decision to make at this time of year – especially for Vegans! Unfortunately, most of the popular Christmas dinners revolve around animals and animal by-products.

For this reason, I have received a lot of requests for Vegan recipes to make at dinner time on Christmas.

When thinking about which recipes to share, my mind always came back to this traditional German Christmas dish which is based around potato dumplings and pickled red cabbage.

There are plenty of vegan recipes for your standard Christmas roast and the like. These are fine. However after some time, I feel these can get quiet boring and uneventful for such an occasion.

You need a recipe which is exciting, distinctive and absolutely bursting with Christmas flavour.

So if you’re interested in challenging yourself in the kitchen this Christmas and want to totally shock your family and friends with an unbelievably delicious and unique dish – then check out the recipe below and try for yourself!

When I first moved to Germany from Australia, there were all sorts of new dishes I had to get used to. Not to mention an entirely new language to learn with all sorts of confusing words for animals and animal by-products!

One dish that I would commonly see at the dinner table during Christmas would be Goose covered in gravy together with potato dumplings and pickled red cabbage.

I would just have to eat the red pickled cabbage by itself. Depressing, I know..

There were certain ready-made products for vegan potato dumplings that you could buy in Germany. Unfortunately, these are not readily available in London.

A traditional Christmas dish in Germany is a potato salad with sausages. The historical context here was that the mother and head of the house did not have much time to cook and therefore it had to be something rather simple.

Over time, other traditional German dishes have become established as Christmas meals, which give a greater feel of a feast. One of the most popular dishes is the combination of roast with gravy, potato dumplings and red cabbage – which I recreate here.

Luckily, it is easy to veganize this dish without compromising on flavour or quality!

One of the benefits of this dish is that there are just so many ways you can easily adapt it into something new, creative and personal to you!

Some traditional Germans may have an issue with some of these suggestions – but hey, I feel these changes can be an improvement on the classic dish (blasphemy!).

Here are some of my favorite additions and substitutions:

Please feel free to check out all my vegan recipes here for more inspiration in the kitchen!

If you tried this vegan German Christimas dinner recipe and loved it as much as I did, please feel free to let me know by leaving a comment and a rating below. I also love seeing remakes of these recipes, so be sure to tag me @voach_thevegancoach and use the hashtag #voachrecipes if you post your creation on Instagram!

A delicious and unique vegan spin on the traditional German Christmas dinner. This dish has an amazingly delicious spectrum of flavours which all perfectly complement each other. The breathtaking aroma will instantly engage all your guests and have them asking for more in minutes!

Did you make this recipe?

@Voach. All images and content are protected by copyright law. Please do not use any images without prior permission. For any republishing of this recipe, please kindly link back to this post.

*This post may contain affiliate links that earn me a small commission, at no cost to you. You can find out more information here 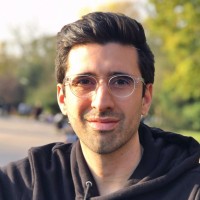 I’m here to help people in their transition to the vegan lifestyle, share healthy and easy vegan recipes and publish science-backed blogs on vegan nutrition and well-being - so you can thrive with compassion!

Sign up to receive free healthy vegan recipes delivered straight into your inbox!

We won't send you spam.